Why I love the taxi industry 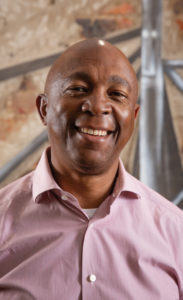 My most endearing memory of the taxi industry as a child growing up in a township, is of the taxi operators who were always the first to step in and help those in need. The industry may at times receive a bad rap, in some cases deservedly so, but taxi owners and drivers were the first to put their hands up when it came to providing transport for funerals – as recalled by Boni Hlumbane – or for school children, or to chip in for people in need. At that time, taxi owners and drivers were highly regarded members of the community, alongside shop owners, teachers and business people.

These memories have fuelled my love for South Africa’s taxi industry, especially the people who are its foundation – the taxi owners and operators. I admire their entrepreneurial spirit and resilience, their ability to bounce back from extreme hardship and to just keep getting South Africans to work, to the shops or to the other end of the country. Owning or driving a taxi is not an option for the lazy. You have to have certain characteristics to make it, chief among them being hard working, the willingness to wake up at 4am and put in long, sometimes dangerous, days, the ability to work with cash and having a passion for your commuters.

This is an industry that grew out of the bleak and awful days of apartheid. As black South Africans were strong-armed into living on the peripheries of towns and cities, black entrepreneurs answered the call for public transport. They had to fight for many decades for the right to operate legally, but out of this struggle the taxi industry has grown into the backbone of South Africa’s public transport network.

The taxi industry has helped operators and drivers put their daughters and sons through university, clothe and house thousands of families, and give many men and women their first foot on the rung to becoming successful business owners.

My wish is that the policymakers will harness the taxi sector’s entrepreneurial spirit as they carve out a new transport blueprint. I hope in the future the taxi operating licence will be as highly valued as that of the taxi medallion needed to operate a yellow cab in New York, which at its peak in 2013 was worth over US$1 million and is now valued at about US$200 000 (due to competition from mobile app-based vehicle for hire services).

At Bridge Taxi Finance, we celebrate the courage and character of taxi owners and drivers, their determination, their drive and their resilience through the ages. This book pays homage to an industry that has grown out of difficult times to become an ingrained part of the communities it serves and an invaluable part of South Africa’s public transport network.

The industry has served commuter needs for over 50 years. We look forward to continuing on this journey into the future.