History of the SA taxi industry: the 2010s 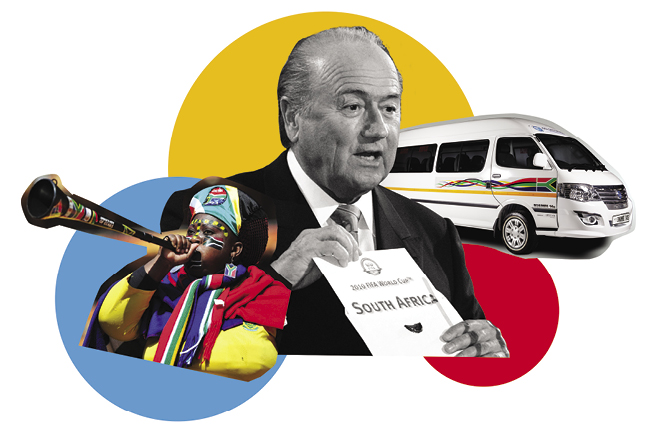 On 15 May 2004, Federation of International Football Association’s (Fifa) President Sepp Blatter ceremoniously pulled a printed sheet from an envelope, in Zurich, Switzerland, while the football-loving world held their collective breath. He took his time explaining that he had no idea who would host the next Fifa World Cup in 2010. It was known that for the first time in the history of the world’s biggest sporting event, it would be hosted in Africa. South Africa was up against Morocco, Egypt, Tunisia and Libya in its bid to host the tournament.

As Blatter pulled the paper halfway out, two words were visible. South Africans, including former President Nelson Mandela, started to cheer. South African flags waved in restaurants in Pretoria and taxi ranks in Soweto, and the vuvuzela could be heard bleating across the world. For the next six years, at least, South Africans would be united in one goal – to host the best Soccer World Cup that the world had ever seen.

To host the 2010 Soccer World Cup, South Africa needed a massive upgrade of facilities and infrastructure, including the country’s public transport systems. A total of 309 000 international tourists were expected to visit the country (they would end up spending R3.6 billion during the tournament). To get them to and from the games, entertainment venues and hotels, the public transport system needed a substantial revamp. The taxi industry was earmarked to play a large role in this.

Long before the World Cup winning bid was announced in 1995, the South African government decided it was time to transform and reregulate the taxi industry to combat taxi violence. By 1999, it was clear that the reregulation had failed, so the government developed a new plan to restructure the industry with the introduction of a taxi recapitalisation programme. The government would pay taxi owners a scrapping allowance of R91 100 to renew their vehicles. This allowance could be used to pay towards a new larger, safer vehicle, thereby removing ageing taxis from the road.

Once the World Cup was confirmed, the government was under additional pressure to control and renew the public transport system. Contractually bound to transport fans to and from stadiums, the country needed a strong, reliable public transport system that would show off the country’s value as a tourist destination. A plan was born to establish Integrated Public Transport Networks to connect all modes of transport. Introducing a bus rapid transport (BRT) network that would eventually be constructed in twelve cities and six more heavily populated areas as a backbone, the plan was to integrate all public transport services. This would include the incorporation of existing scheduled bus services and minibus taxi networks.

However, the taxi industry rejected the idea of an integrated public transport network and was largely opposed to the taxi recapitalisation programme.

“They wanted to punish us with formalisation and tried to make us work only a set number of hours per day, so we would be earning less and coming short on our takings every day,” says Movhumo Dhlamini, a driver who worked in Johannesburg at the time.

In the case of the recapitalisation programme, the taxi industry argued that only some operators would be able to afford the new vehicles, and introducing larger 18 to 35 seater vehicles to replace the old, scrapped vehicles, would result in many drivers losing their jobs.

“Some of the guys made use of the recapitalisation programme and got their taxis replaced easily, but others, like me, could not get all the paperwork in order, so we had to continue working with our skoro skoros (old beaten-up vehicles),” says Elias Mbete.

The industry rejected integration with the proposed BRT systems. Taxi associations wanted to own the system as a whole as they maintained they had “developed” the routes the buses would run on.

“The buses have special lanes where only they can run, while we stand still in traffic. They also can go to some CBDs where we are not allowed,” says Dhlamini.

Having the time of their lives 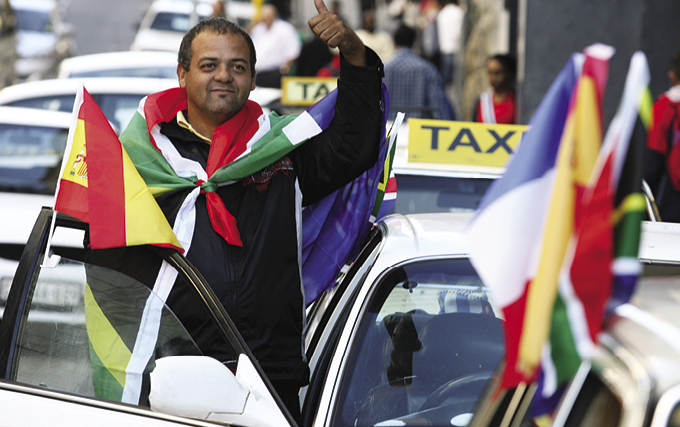 Despite the difficulties of introducing a public transport system, the country was burning with World Cup fever in 2010. Taxis, private cars and pedestrians proudly displayed the South African flag, as commuters revelled in the festive atmosphere of the tournament.

Nau Phaswana was a driver who lived in the moment. “I moved to Joburg and drove taxis for my friend during the World Cup,” he says. Originally from Dopeni Village in Limpopo, Nau has driven taxis since 2005. During the Fifa World Cup, he had the time of his life, driving soccer fans around Sandton.

“We would drive long hours, taking them from their hotels to the games and back, and driving them around the country,” he says. “The days were long, but it was a great experience that I will never forget.”

The World Cup provided many opportunities but some of them were short-lived. Elias Mbete invested in a new vehicle for the tournament, but lost it soon after the final whistle.

“It was hijacked right after the World Cup. The insurance told me I had to go and find it myself, but I couldn’t, so I just had to move on.”

In other parts of the country, however, the World Cup meant little.

In Orkney, Edgar Tsentse was driving a taxi for his dad, Morriat. He had to be content with catching the atmosphere on television.

“2010 was somewhere else in the country. For us there was nothing of the World Cup in Orkney.” The town did not even have a fan park. As taxi drivers were forced to stick to the routes on their taxi permits, operators such as Edgar and Morriat had to sit on the sidelines, watching the tourists pass by.

“2010 did not benefit us. Our operating licence only allowed us to operate from Orkney to Kanana, so we could not get any business from international tourists.”

As the final whistle blew on the World Cup, South Africa returned to business as usual. The government was still intent on reforming the taxi industry and introduced a new recapitalisation programme, raising the scrapping fee to R124 000 per vehicle. 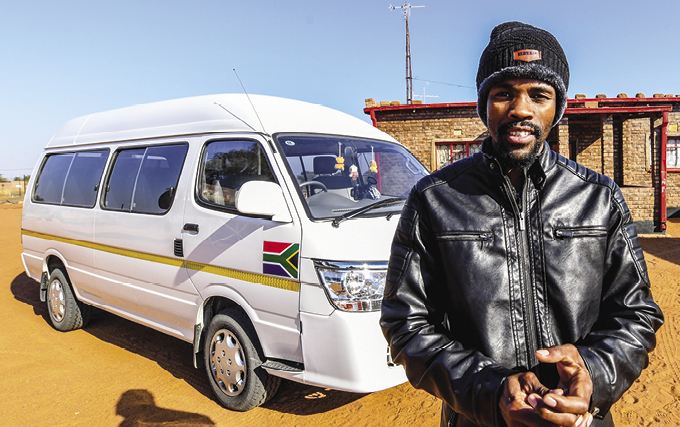 A new breed of entrepreneurs

By this time, the industry had moved from an almost completely Toyota-dominated industry, to one where new high quality but more affordable Chinese-manufactured vehicles had entered the market. This move, and the establishment of the new minibus taxi financier, Bridge Taxi Finance, in 2013, made entry into the market more affordable, and attracted a whole new breed of taxi entrepreneurs. Veteran drivers like Nau and Magai Williams bought their own vehicles, and younger blood like 25 year old teacher, Thabiso Goitirwang, and 23 year old student, Cabangile Mdluli, entered the industry.

Thabiso, a computer science graduate who started his first teaching job in Morokweng village in North West province, saw an opportunity in the taxi industry when government outlawed the transportation of school children by bakkies, vans and other vehicles unlicensed to carry passengers. He bought a Chinese-manufactured taxi and employed his brother-in-law as a driver, focusing solely on transporting children to and from school.

“Some people say, ‘you are young, why are you buying a taxi while you are walking from home to work and from work to your home?’ I say it is not all about the car, it is all about making money and putting the needs of the people first.”

Cabangile, a post-graduate student in social work at the University of Cape Town, bought a taxi in 2019 to help pay for her studies, and supplement her family’s income. Like Thabiso, she initially started transporting children to and from school. However, due to school closures when South Africa imposed a national lockdown to combat the global Covid-19 pandemic, she was forced to send her vehicle to KwaZulu-Natal, where it operated on an existing route.

“Buying a taxi is easy,” says Cabangile, who used her savings as a deposit to buy her vehicle. “Getting into the business is the hard part”.

As a newcomer – especially a young person – it is extremely difficult to get access to the taxi rank, and be recognised as a taxi owner.

“The other taxi owners want to protect their income, so it takes a lot of negotiation and determination to show that you are serious about the business before you get accepted,” she says.

But after a year of hard work, Cabangile has started to gain the hard-won credibility needed to get her vehicle into the rank.

“It is a challenging business, but at the same time really fulfilling,” she says. “Hopefully, if this year goes well, I will buy another vehicle. I definitely see it as something that I will be doing in the long term.”

With new technologies on the horizon, such as automated vehicles, government plans to regulate the industry and competition from new modes of transport, Cabangile and her colleagues will have to keep showing the grit and determination that they are known for, to thrive in a new, tech-dominated era.