The future of the SA taxi industry

A time of disruptions

Just three months after young Free State entrepreneur, Thabiso Goitirwang, took delivery of his first minibus taxi, South African President Cyril Ramaphosa announced the imposition of strict national lockdown regulations to help the country fight the global Covid-19 pandemic of 2020. During the national lockdown all businesses, except for health, food and essential services, were halted, while citizens were ordered to stay at home. Travel was restricted to only essential services workers, and public transport came to a stop. 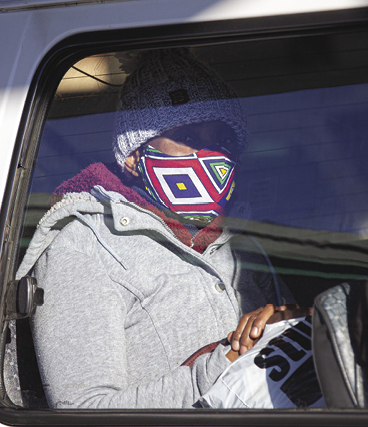 The pandemic unsettled businesses, development and transport patterns globally. South Africa’s taxi industry was not spared the disruptions, and taxi drivers and owners lost revenue during the lockdown and its consequent restrictions on their businesses. After being prevented from operating for two months, taxis were allowed to resume carrying passengers, but were limited to carrying loads of only 70%. Some lost their routes completely.

“We used to drive passengers from the Beitbridge border to the nearest town, Musina, but with the border closed, we have lost all that business,” says former driver Nau Phaswana, who now owns his own vehicle which operates in the Musina area.

Thabiso and fellow entrepreneur, Cabangile Mdluli, in Cape Town, had to act quickly when the pandemic struck. Both had chosen to build their business on transporting children to and from schools, but as schools closed down for the lockdown, their income streams were cut off.

“Covid-19 has affected my business in a drastic way. We only started operating [again] last week and we transport only grade 11 learners. The business is not making money under Covid regulations,” Thabiso said shortly after the lockdown was eased and travel was again allowed. Cabangile had to send her vehicle to work in KwaZulu-Natal, where it at least could generate some income.

“It is difficult, but we try to make sure we keep up with paying our monthly instalments,” she says.

As the lockdown restrictions began to ease in South Africa, experts have faith that the industry will recover to full capacity.

“There may be a drag on the demand from the commuters, however, this will recover over the next twelve to eighteen months since this is the backbone of the South African economy,” says Bridge Taxi Finance Chairman, Vincent Raseroka.

Calls for a tighter grip on taxis

In mid 2020, transport authorities were still debating the formalisation and regulation of the taxi industry. Announcing plans to “fully regulate” and formalise the taxi industry, Transport Minister Fikile Mbalula said in July 2020 that government was in talks with the Black Business Council at the Taxi Lekgotla, about starting a process that would result in the formalisation and subsidisation of the industry.

Previous attempts at formalisation have failed. A properly regulated industry holds both challenges and opportunities for taxi owners and operators. A regulated, safe industry provides an opportunity to clean up the sector’s image in a country where little reliable public transport is available. This could open new markets that were previously unavailable and further entrench the industry as the backbone of the South African public transport system. Drivers and owners would feel less pressure to operate for long hours in unroadworthy vehicles, chasing the maximum amount of money over a limited time, to make a profit. On the other hand, the proudly independent and largely cash-fuelled industry would need to become tax compliant and adhere to government regulations.

Rapidly improving and changing vehicle technologies hold both risks and opportunities for the taxi industry. Vehicle designers and manufacturers are working on improved designs, new powerplants and fuels, and smart and autonomous vehicles. In various cities around the world, you can already travel in an automated, driverless vehicle to and from the airport. In China, vehicle manufacturer Foton launched an automated, unmanned truck in 2018. Foton maintains that, “in the near future (in four to five years’ time), the driverless minibus taxi will be on the roads”.

Vincent Raseroka, however, believes driverless taxis in South Africa are at least ten to fifteen years away.

“Success of this technology requires a lengthy collaboration around safety, regulation and acceptance by the people. South African taxi operations are about convenience. Commuters can be picked up and dropped off anywhere. Whether Artificial Intelligence can adapt to such applications, only time will tell.”

New fuels, on the other hand, offer an exciting future for operators and drivers. Pure electricity, hydrogen fuel cell and hybrid power would make vehicles safer, cheaper to operate, and more environmentally friendly.

“While automotive manufacturers may want to introduce cutting edge technology, I’m of the view that the South African taxi is best served by simple, reliable and affordable mobility solutions. Taxi commuters need the cheapest mode of transport, while taxi owners need a low maintenance vehicle,” says Vincent. “That being said, we would perhaps see electric vehicles being introduced.”

The industry has faced disruptions. This is nothing new. Throughout its history, the taxi industry has faced numerous obstacles – as a result of government actions, insider politics, violence, regulations and the weak South African economy. But the sheer determination and entrepreneurial spirit of taxi operators and drivers has been the driving force in creating a thriving industry that is deeply embedded in South African communities.

“It is our lives, we have to go on. We have no choice, we just have to go on and care for our families,” says 75 year old Elias Mbete. “I sometimes still have pain from being shot, but we have to make things work.”

This spirit is sure to be kept alive by owners like Cabangile, who, if all goes well, intends to buy her second taxi by the end of 2020 – only a year after she entered the industry. Nau and Thabiso are also planning to buy more vehicles and grow their businesses.

After having set up his son, Edgar, in the taxi industry, the 82 year old Morriat Tsentse is set to retire, as is 80 year old Boni Hlumbane, after spending a lifetime devoted to the industry. Down in the Northern Cape, however, 70 year old Magai Hendrik Williams is still enjoying driving his own vehicle on his daily route between Philippolis and Colesberg.

“I love the taxi industry,” he says. “The taxi suits me well. I love it. I enjoy the driving and my passengers. God willing, I would continue doing this for a very long time.”